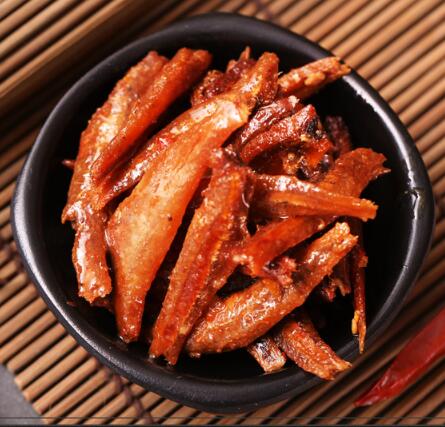 It is impossible to ignore the nutrition benefits of consuming proteins to our bodies. Fish is a great source of vitamin D, omega 3, proteins and being particularly helpful to bone formation and nerves and the eyes.

There is always a negative side to a good story. Some people have associated fish consumption with the buildup of mercury in the body. As much as there may be some elements of truth in this, nutritionists have overruled this risk claiming that there are way too many benefits of consuming fish outweighing the risk.

How much is enough

The National Health Service recommends that you eat not less than two portions of oily fish in a week.

Starting off things, fish is a great source of omega 3 fatty acids and proteins.

In particular oily fish contain omega 3 fatty acids and that’s why NHS recommends at least two portions of oily fish in a week.

The omega 3 helps in improving heart health which is essential for people with diabetes.

Is fish suitable for people with diabetes? The answer to this question is a big Yes. Fish is healthy for the diabetic due to its high nutrition value. That is proteins and omega 3 fatty acids.

If recent findings are anything to go by then it means that consuming fish actually helps in reducing the risk of contracting type 2 diabetes in the first place.

However, it has not been particularly established whether fish alone can prevent one from contracting type 2 diabetes and whether too much of it is more effective or only a small portion is required.

Risks of consuming fish to your health

As mentioned earlier, the presence of mercury which can be harmful to our bodies has been confirmed in certain fish such as tuna, marlin, shark, and swordfish. Research conducted by National Health Service confirms the presence of mercury but goes ahead to overrule this being a health risk. However, they recommend pregnant and lactating women not to eat the fish mentioned above with an exemption of canned tuna that can be consumed with moderation.

There have been documented and reported cases of allergic reaction to seafood and fish. Allergic symptoms include sickness, stomach cramps, nausea, and diarrhea.

Consuming raw fish can lead to food poisoning. Oysters being served raw possess a greater risk of food poisoning compared to cooked fish. Keep raw fish out of contact with other food and once you handle raw fish wash your hands thoroughly.

What are the recommended fish for the diabetic? Fish is considered safe for people with diabetes due to its high nutritious value available in other meat with an exemption of lack of unsaturated fats in the body. Experts recommend that you should consume 2-3.5 ounces of fish for maximum health benefits.

Salmon had to be at the top of our healthy fish for the diabetic due to its high omega 3 fatty acids, proteins and low saturated fats. Omega 3 fatty acids help in improving the heart health of the diabetic which is very vital for people with diabetes. In particular, as indicated by American Heart Association, omega 3 fatty acids help in improving cardiovascular health, reducing levels of triglycerides in the body, maintaining normal blood pressure, reduce the risk of plaques forming in the arteries and an abnormal heart parse. Salmon is rich in lean proteins plays a major role in weight reduction as well as helps the body to maintain stable blood glucose levels. Unlike most fish, salmon is low in mercury and you can consume 12 ounces of it in a week. You can prepare salmon by broiling, grilling or baking. As a diabetic, you will want to avoid unsaturated fats so don’t fry it.

Sardine is low in saturated fats and rich in omega-3 fatty acids. Sardine is also rich in iron, proteins, vitamin B, and calcium. They are relatively common all over the globe either fresh or canned. They have low mercury concentrations. You can prepare sardine by grilling it or simply adding canned sardine to your salad or sandwich.

What makes cod suitable for the diabetic is simply due to the fact that they have no carbs. A single serving of fillet contains only 1.5 grams of fat and 189 calories. Cod found in the Atlantic are rich in omega 3 fatty acids and also have traces of omega 6 fatty acids. Cod is high in vitamins A & C, calcium, iron and has low mercury levels. On a larger picture, this is a common fish among the diabetic.

This fish is mostly found in the Pacific and is rich in omega 3 fatty acids, proteins, iron, vitamin B12, niacin, and selenium. You can buy mackerel fresh or the canned option all which are available in the grocery stores. Both Atlantic and Pacific mackerel are low in mercury, however, ensure that you avoid king mackerel that has reported to be high in mercury.