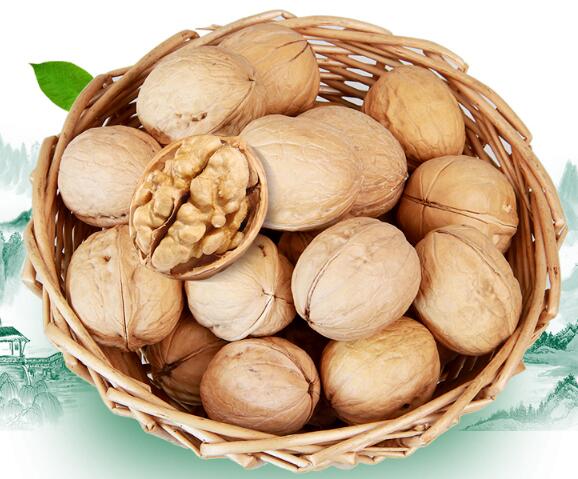 Most diabetic people have a meal plan specifically designed to help them manage their blood sugar levels. Well, as much as this is crucial we should also not forget the fact that most diabetic people are prone to chronic diseases associated with the heart. The one food that you should consider eating to help you with the two is walnuts. Here is why:

Why walnuts are good if you have a heart condition

Undeniably, walnuts are the greatest source of omega 3 fatty acids

Studies have confirmed that some of the omega 3 fatty acids help in reducing the levels of inflammation as well as reduce the risk of contracting chronic diseases such as cancer, arthritis and heart diseases.

More often than not people living with diabetes have low HDL levels and high triglycerides which is not healthy. Consuming omega-3 fatty acids helps in lowering triglycerides and at the same time raise HDL. In fact, only 1-2 ounces of walnuts each day will do the trick. Omega 3 fatty acids also help to improve your overall cardiovascular health as well as reduce levels of bad cholesterol in the body.

What do studies have to say on the same?

Numerous studies have been done to provide sufficient evidence that walnuts are particularly useful to people living with diabetes.

In a study published in the British Journal of Nutrition, the findings indicated that consuming walnuts lowers the risk of contracting a heart disease by 30%. Actually, when it comes to diabetes the percentage is even higher with it being 50%

Are walnuts high in calories?

Walnuts are rich in calories and other nutrients in general.

In a cup serving of walnuts, you will get 165 calories, 3.8g of proteins 1.7g of fiber, 16g of fat and 3.4g of carbs. You will also get a significant amount of Vitamins B1 and B6, manganese and even copper.

Despite the high calories in walnuts if you consume it in controlled levels it won’t affect your overall calorie intake in the body. In a research conducted in 2015 used people who are at the risk of contracting diabetes as test subjects. They were required to consume two serving f walnuts in a day amounting to a total of 336 calories for 6 months. The end results were promising since there was an improvement in the overall diet, healthy LDL cholesterol levels, normal blood pressure and there was no significant effect on the body BMI. The test subjects were also educated on how to regulate their intake of calories so as to compensate for the high calories in walnuts.

These findings have been backed up by numerous other studies done on nuts all which have a conclusion that nuts don’t cause an increase in weight.

How to make walnuts part of your day to day diet

There are numerous ways in which you can make walnuts part of your day to day diet. You can either toss then to make a salad, have then chopped off to make pilaf, there are also those who prefer to grind them mixing them with breadcrumbs that can either be used to bread your fish or chicken.

Consuming walnuts have a handful of benefits with the obvious ones being an improvement in the overall cardiovascular health and reducing the risk of damaging free radicals largely attributed to the high antioxidant content. If a research conducted by Yale University is anything to go by then you stand low chances of contracting type 2 diabetes if you consume walnuts.

In the study 31 men and 81 women, all who are at the risk of contracting type 2 diabetes were used as test subjects. They were asked to reduce their intake of calories wither with or without advice on how you should go about this. All the test subjects were between 25-75 years. Most of these people either had high blood pressure, high levels of bad cholesterol, high blood sugar levels or were overweight. As a twist half, the participants were asked to consume additional 56g of walnuts sticking to it for around 6 months. Halfway, the other half was asked to consume walnuts such that in the 6 months period everyone in the group had consumed walnuts.

Not forgetting the fact that the participants were of different age and different physical activities the researchers came to a conclusion that, other than having an improved diet the levels of bad cholesterol in the body of the test subjects reduced significantly. There was also an improvement in the cardiovascular health which is a major concern in people with type 2 diabetes. Through rich in calories, consuming walnuts will not make you gain weight.

This means that when you add walnuts in your day to day diet you will not only increase the nutritional value but you will also be boosting your cardiometabolic health.

Limitations of the study

The accuracy of the results is questionable when the participants fail to stick to the guideline provided to them. Also, these study focuses on a collection of thing rather than on diabetes alone. Last but not the least the study was funded by California Walnut Commission, makes its credibility one work questioning.

Further studies on this line should be done to assert more accurate information and statistics. But even then, as a diabetic, it is 100% safe to consume walnuts.