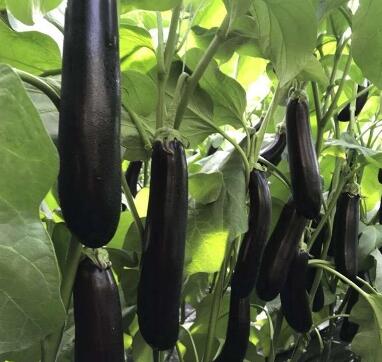 We can all agree that managing type 2-diabetes is not an easy task, you have to eat foods that are rich in nutrients while at the same time won’t cause a rise in your blood glucose levels. Some of these diets include lean proteins, vegetables that are non-starchy, proteins in small amounts and fiber. Coming up with a healthy meal plan that will balance everything is not easy. Let’s face it; most vegetables are tasteless and unappealing both to the eyes and the mouth. Most of the times most diabetic people tend to go back to their usual feeding habits which may prove fatal. One of the things that you can add to your diet is eggplant. Being low in carbs and very high in fiber there are very low chances that this plant will cause a spike in your blood glucose levels.

How crucial Eggplant is for your health

Eggplant makes a decent meal for a diabetic due to its low calories, high fiber, antioxidant properties, Vitamin B, potassium, phytonutrients and low levels of copper. Each of these nutrients has the following health benefits:

Fiber: helps in bowel movements especially when you are experiencing constipation and IBS. Fiber also helps in regulating blood sugar levels as well as lowering levels of bad cholesterol.

Copper: this is an essential mineral that helps the body in building up tissues, giving energy to the cell and maintaining healthy blood volumes.

Phytonutrients: examples of the phytonutrients in eggplant are flavonoids, caffeic, and chlorogenic acid. They act as antioxidants that help relieve cell damages.

Studies on eggplants and people living with type 2 diabetes

Eggplant is high in a compound known as phenol that helps in improving how carbohydrates are metabolized; protecting the beta-cells responsible for making insulin, enhance cells insulin sensitivity and how glucose is absorbed into the blood. Most diabetic people get heart complications and the leading cause of death is usually cardiac arrest.

Chlorogenic acid found in eggplants as antioxidants have been found to counter the effects of cancer, lower levels of bad cholesterol and help in fighting infections. The main reason why most diabetic people develop heart complication is simply due to the fact that when glucose accumulates on the bloodstreams it affects how blood is transported in the body and in the process straining the heart. When animals were used as test subjects it was found that their blood vessels appeared to be relaxed.

Things to pay attention to

It is important to note that eggplants that are grown under shade have been found to affect the autoimmune flare up in the bodies of individuals with issues with their autoimmune. If you fall under this category closely observe any symptoms.

Eggplants are high in a compound known as histamine which can prove allergic to people categorized as susceptible. Common allergic symptoms include itch mouth, lips or throat. There have also been recorded instances where the allergy goes as far as causing anaphylaxis.

Last but not the least, eggplants has salicylates which is a compound that a handful of people are allergic to.

Verdict on eggplant and diabetes

There is no shadow of doubt in the fact that eggplants are low in calories, have a low glycemic index and is low in carbs. It is 100 safe to include in your meal plan that is if you don’t have any allergy to the compounds mentioned above.

Everything you need to know about eggplant

When purchasing eggplants go for the ones that are fresh, heavy and firm, don’t settle for discolored or shriveled eggplants! You test for quality by pressing it; good eggplants should be able to spring back almost instantly. On the inside, it should feel soft and should be eaten when ripe.

Eggplants should be stored under 50 F which is slightly lower than room temperature but higher than refrigeration. It is highly recommended that you cook it after buying it rather than having it stored. Cut it only when you are ready to cook.

When raw, eggplants are bitter so you should cook it well and not eat it raw. Ideally as a starch substitute. It can also be used as a substitute for pasta or casseroles. All you have to do is cut the eggplant into long flat slice similar to pizza crust then serve it with tomato, crumbled meat cheese or veggies.

You can also have them roasted after being sliced into thin slices, baking is also an option where they are baked into something somewhat similar to chips. It can also be used to make some nice sauce. As mentioned earlier eggplants can be baked grilled, roasted or fried.

Baked whole: when cooked whole ensure that you poke it with something sharp so as to allow the steam in it to escape, failure to do this you will be risking an explosion!

Baked Sliced: you can slice eggplants into cubes then bake or have it roasted. The slices should be very thin and should be put under high temperatures amounting to 400 F. Be sure to add on sea salt and some olive oil.

Fried or grilled: you can also marinate eggplant and have them grilled or have them tossed into something similar to stir-fry.

Cooking time: the amount of time it takes for eggplants to be ready depending on a lot of things, the thickness and how you are cooking it. When grilling it only takes 10 minutes or less whereas baking can take up to 45 minutes!

1 thought on “Is Eggplant Good for Diabetes”