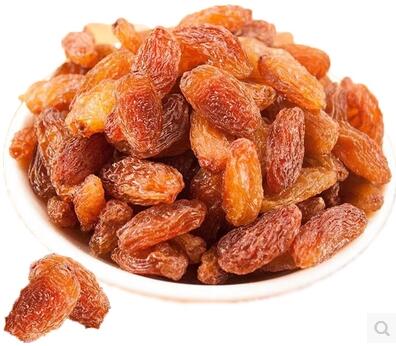 As much as you are trying to regulate your blood sugar levels and monitoring your carbohydrate intake, it’s a fact the body still needs carbohydrates to provide energy to the cell. Instead of taking a carbohydrate meal you can substitute it with taking raisins which is a fruit rich in carbohydrates, where a single can carbohydrate exchange is equivalent to 2 tablespoons of raisins. For efficiency, you can consider serving raisins as a substitute for other carbohydrate sources in your diet.

Typically, on a glycemic index scale raisins is considered to have a low to moderate glycemic index implying that on taking raisins as part of your diabetic diet, it won’t have a fatal impact on your blood sugar levels. In a general perspective, raisins are small in size and one may be tempted to consume more of it. As a diabetic, to prevent a drastic rise in blood sugar levels takes one at a time.

A lot of questions have been raised concerning raisins and whether it is safe to take it while diabetic, with some people claiming that they used to take raisins and have now been diagnosed with diabetes. Well, worry no more; there is good news for you.

With scientific prove, raisins is a diabetic diet is totally acceptable and healthy, all you have to do is balance your intake of carbohydrates with proteins, fats so as to prevent a drastic rise in blood sugar levels.

If you decide to follow carbohydrate exchange as a measure to help regulate your blood sugar levels, raisins should be your immediate first choice substitute where 2 tablespoons of raisins are equated to a single carbohydrate exchange which is 15 grams of carbohydrates in approximation. As a precaution, before purchasing any product it is always essential to check the labels and avoid taking raisins with added flavors.

The proof is the raisin pudding

In a research, 46 adults who had a history of having a slight increase in their blood sugar levels but not diagnosed with diabetes were used as test subjects. They were divided into two groups where the first group took snacks containing raisins while the other didn’t.

After 12 weeks the blood sugar levels from individuals from the two groups were tested. It was found that the group that took snacks with raisins had their blood sugar levels reduced by 16% compared to the control group. Further analysis also indicated that the first group showed a reduction in hemoglobin which is particularly important to the diabetic since it would prevent long-term damage to their circulatory system and heart diseases. a high concentration of sugars. Statistically, 1.5 ounces of pure raisins will provide your body with 24 grams of carbohydrates which is the same as taking 1.3cups of fresh grapes or two slices of bread. Given the relatively high sugar levels in raisins, you should ensure that you avoid taking too many raisins in one sitting.

The main aim of regulating your blood sugar levels is to ensure that you control your serving size. According to a private America Diabetes Association, your meal should have between 45-60 grams of carbohydrates, for the snacks they have to fall in between 15-30 grams. You can add in raisins to your oatmeal breakfast but you should ensure that you have no more than ½ cups of dry oats if you are going to add a full tablespoon of raisins. While having a grapes snack, particularly avoid combining it with other fruits to regulate your carbs intake.

As a way to reduce a drastic rise in your blood sugar levels after taking carbohydrates rich meal ensure that you supplement your diet with proteins. You can actually have raisins with almonds or consider combining grapes with 1 or 2 ounces of cheese. Even better you can indulge raisins to you grapes by consuming it as a dessert after taking a healthy meal. The fiber and proteins will help slow down digestion and in turn, reduce the possibilities of a drastic rise in blood sugar levels.

2 thoughts on “Can Diabetics Eat Raisins”