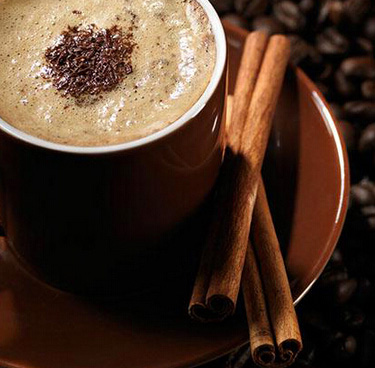 Cinnamon is a common ingredient and spice that is often used in desserts, but you may not know that is has been around for centuries.  The use of cinnamon has been the subject of much debate because it has recently been used to treat diabetes.  In fact, the basic idea is that having cinnamon can actually lower the body’s blood sugar. Here you should know COMMON MYTHS ABOUT DIABETES AND SUGAR

How does cinnamon lower blood sugar?

Recent scientific studies have shown that cinnamon may be an option when it comes to controlling your blood sugar.  In fact, cinnamon may even have a similar impact as insulin.  These findings are incredible and they’re not the only results that are encouraging.

Is there research to back this up?

Yes, there is.  Several years ago, the scientific data seemed to indicate some results showing that cinnamon impacted the sugar levels of those with diabetes.  Since then, more studies have been done and in the past year there have been some nice findings.  In 2013, a study showed that ingestion of cinnamon, when compared with a control group, actually decreased the blood sugar levels in all patients who consumed it.  It also had some other health benefits including impacting the patient’s heart health and cholesterol levels.

The safe way to add cinnamon to your diabetic meal plan

Cinnamon can be added to your meal plan even if you have diabetes.  Be sure to consult with your doctor or nutritionist before making any changes.  The suggested intake of cinnamon is between 1-2 tablespoons per day.  You can even ingest it in small portions, a sprinkle here or a sprinkle there on your meals.  If you eat hot cereals, this is the perfect vector to add cinnamon and get the daily amount needed to control your blood sugar throughout the day.

Things to know before adding cinnamon to your diet

Always consult with your doctor before changing your diet.  This is true for any supplement, so talk to your doctor first.  That cannot be stressed enough.  You should also be aware of the potential side effects and research any potential problems that could occur due to the ingestion of cinnamon or increased cinnamon intake.  You’re taking cinnamon to lower your glucose levels in your blood but this could also cause interactions with medication you’re taking.

There may also be impacts to your liver.  This doesn’t mean you should take cinnamon off the table altogether, just know that there are risks taking it.  This is true for any sort of diet change or supplement.

Currently, there are very few scientific studies about the uses of cinnamon to reduce blood sugar levels and the use of cinnamon to treat diabetes is not suggested by the ADA.  If you have diabetes, you should research every option and try what you think will work for you. So is cinnamon an option to treat my symptoms?

Cinnamon is something that you probably have in your kitchen right now but you probably never considered using it as a way to treat medical issues, however, it has been used historical in some of the most advanced civilizations known to man.  In fact, it was valued by the most elite in those culture for its flavor and medicinal properties.  The uses for cinnamon are varied and almost limitless, you can use it in your kitchen, in your baking and to help control or lower your blood sugar levels.

In the past decade, there have been several studies that looked at the use of cinnamon treating diabetes.  The studies used the common form of cinnamon, the Cassia type and sampled several patients.  Over the course of two months, participants in the study received a dose of cinnamon or a placebo.  Those who received the cinnamon showed the highest drop in blood sugar and not only dropped, but continued to stabilize over the course of the treatment.  The benefits actually continued after the study and provided benefits to patients several months later.  The placebo group showed no changes and didn’t have any significant improvement.  Even though this is just a small study, the results are encouraging and it has compelled scientists to continue examining the role of cinnamon in treating diabetes.

So, now that you understand the impact that cinnamon could have on your diabetes, you may be wondering what method you should start with.  Should you just shake it on everything you cook or should you make your own cinnamon gel-caps?  It should be said that the long-term effects of taking cinnamon have not yet been studied, so you should keep this in mind.  Also, it has only been studied when treating Type 2 diabetes, not any other kind.

What you should understand and perhaps this will ease your mind, cinnamon is very safe and it is very difficult to overdo it.  You should also consult your doctor before you start adding it to your diet and be sure you don’t have any allergies.  If you experience any sort of rawness in your mouth, you should stop taking cinnamon until your mouth can heal.  Large amounts may actually burn the mouth of some people.  Just be aware as you’re altering your diet, note any changes and stop if you see any negative effects.

In the studies, it was shown that the lowest dose of cinnamon was the most effective.  In fact, just a single gram of cinnamon worked for most of the patients in the study.  This is about one third of a teaspoon.  You can start taking cinnamon and monitor your blood sugar levels throughout your process.  This can be a good way to personally document the effects and do so in a scientific way.  Approach it from an analytical point of view, check your blood sugar levels before the ingestion of cinnamon and then after. You can ever start small and just sprinkle a little bit onto your cereal or oatmeal in the morning and go from there.  Be sure to monitor the results and stop using it if you see any adverse effects.  You should also tell your dietician or nutritionist if you’re changing anything in your diet.  This is the best and most scientific way to apply the use of cinnamon and before you know it, you’ll be reaping the benefits of cinnamon in your own quest to get rid of diabetes.

Is it possible to help my diabetes just through the use of cinnamon?

Cinnamon can be the perfect way to help reduce the symptoms of your diabetes and control your blood sugar levels.  The best way to do this is to shake just a small amount in your breakfast or any meal.  You can even use it in baking so it can be a great way to get a sweet serving while indulging in sweets in moderation.

Research is still ongoing to determine the effect of cinnamon on diabetes for certain and current studies show a combination of results.  Currently the use of cinnamon to stabilize your blood sugar is not accepted by modern medicine but that may not always be the case.

Is it safe to add cinnamon to my diet if I have diabetes?

If you’re in average health, aside from having diabetes, you should be ok to add cinnamon to your diet.  You should always consult with your physician before adding it or changing your diet.  If you have any problems with your liver, you should avoid the use of cinnamon but that is the only condition that warrants a warning so far.

Any supplements should be introduced to your routine carefully and under the consultation of a doctor.  If you are taking medications, be sure you don’t have any interactions or side effects that could potentially be impacted by the ingestion of cinnamon.

If you have diabetes, it is worth it to try all solutions to make your life better, sometimes these solutions may include non-traditional treatments and cinnamon is on that list.