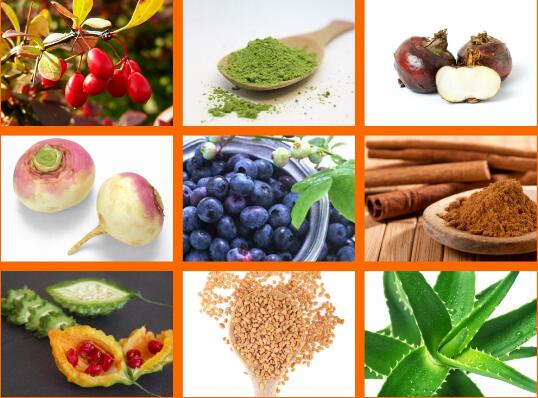 We can’t ignore the fact that a lot of people are suffering from diabetes in our modern generation, with an estimated 21 million people in the United States alone diagnosed to have diabetes by the American Diabetes Association. Of the 21 million people an estimated 90 to 95% have type 2 diabetes. So what is diabetes? The major source of energy in the body is glucose and with the help of insulin hormone, the glucose is absorbed into the body cells. You are most likely to suffer from type 2 diabetes if your body cells are resistant to insulin effect or if your body doesn’t produce enough insulin.

With the failure of the glucose to enter the cells this means that the cells will lack energy. If this persists it can result into further serious damages on the nerves, kidneys, eyes or the heart.

With diabetes, the more you ignore the problem the more you subject yourself to more serious complications. Scientifically speaking, there is not enough evidence supporting the fact that there is any remedy to cure diabetes. However, there are some natural ways that are still being explored and researched on. They include:

Logically speaking there are various different types of ginseng. However, not all have the medical value, studies have it that it is the North American Ginseng scientifically known as the Panax quinquefolius has the ability to help the body improve its blood sugar level control.

According to the findings of a small study published in a Diabetes Care journal, a comparison was made between people with diabetes but subjected to Chromium and those who didn’t. It was found that people who never took chromium accumulated a lot of fats and body weight whereas those subjected to Chromium showed massive improvements on the way the body cells reacts to insulin.

Published in the same journal is another study that attempted to determine what effect chromium has on glycerimic control in insulin with the test subjects being people suffering from type 2 diabetes. A significant amount of Placebo or chromium was administered to the test subjects for 6 months with the findings indicating no significant difference blood pressure, insulin requirements, glycosylated hemoglobin or the body mass index in all the test subjects.

Magnesium is a very crucial mineral that the body can’t do without. You can get magnesium from whole grains, green leafy vegetables, nuts seeds and in form of natural supplements. The body needs magnesium to help regulate glucose levels in the body, nerve function, healthy bones and regulation of blood pressure. In fact, most studies have indicated that if you have type 2 diabetes having low magnesium level in your body would make the condition worse.

Though a study 63 subjects suffering from type 2 diabetes actually indicated that magnesium helps lower fasting glucose levels and assist the cells in reacting positively to insulin, high levels of magnesium in the body have some side effects. These effects include difficulty in breathing, muscle weakness, irregular heart rate, low blood pressure diarrhea, loss of appetite and nausea.

Studies have indicated that cinnamon helps the body in regulating its blood sugar level and especially in people suffering from type 2 diabetes. A study on 60 test subjects with type 2 diabetes indicated a positive effect of Cinnamon in helping in the reduction of fasting blood glucose, cholesterol levels, and triglycerides.

In yet another study, 79 people suffering from type 2 diabetes were used as test subjects where one group was given cinnamon extract while the other was given placebo capsules at least thrice on a single day. Months later when the blood sugar level was tested, the group taking cinnamon had a 10.3% reduction in fasting blood glucose compared to the 3.4% of the group given placebo capsules. Unfortunately, in relation to lipid profiles or glycosylated hemoglobin, there was no significant difference noted.

Sub optimal zinc status is a condition among people suffering from type 2 diabetes resulting from a rise in the rate at which the body excretes zinc and a reduction in its absorption.

Scientifically, zinc plays a very crucial role in the storage and production of the hormone insulin. What foods are rich in zinc? They include chicken, almonds, beef, eggs yolk, ginger, fresh oyster, beans, liver, lima, rye, buckwheat, and pecans.

Only use natural treatments under the supervision of your doctor, the consequences of having uncontrolled diabetes is fatal. Inform your doctor of any other form of treatment you have been using to prevent hypoglycemia which is a condition that arises after your medications react with something you had initially taken as a measure to regulate your blood glucose level.